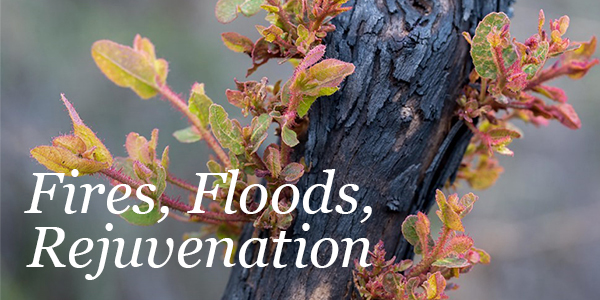 It’s been a long, distressing summer in Australia. The bush fires started in August, before the winter was even done. I live 100 km west of Sydney, in the magnificent Blue Mountains

National Heritage Area, which is notoriously prone to bushfire. For weeks I was checking the “Fires Near Me” app several times a day (and through the night), but was blessed that no fire came closer to me than 5 km. Thousands of people were not so lucky. There are many stories of miraculous survival, but also of tragic loss. The usual carefree mood of our summer holiday season disappeared. The days continued dry and searing hot and it seemed the fires might never be extinguished. The statistics are mind-numbingly huge and distressing, by so many counts: total land area burnt, homes and businesses obliterated, wildlife and human life lost, not to mention the unknown long-term impact of the toxic pollution levels on our physical and mental health … the list goes on and makes for very depressing reading.

But there was finally an upside and finally some brighter news! Fully six months after they began, thanks to the heaviest rainfall in almost two decades, the fires were all but extinguished. In some parts of the country, it was the best rain in ten years (although not quite drought-breaking). Some dams actually overflowed. The main source of Sydney’s water supply increased by 2/3 – a fantastic increase from levels that initiated water restrictions. In other parts of the country the deluge brought flooding, which was ironic and harsh news for communities affected by both fire and water. Hardly surprising that some journalists wrote about ‘The Apocalypse,’ but I like to see something different. 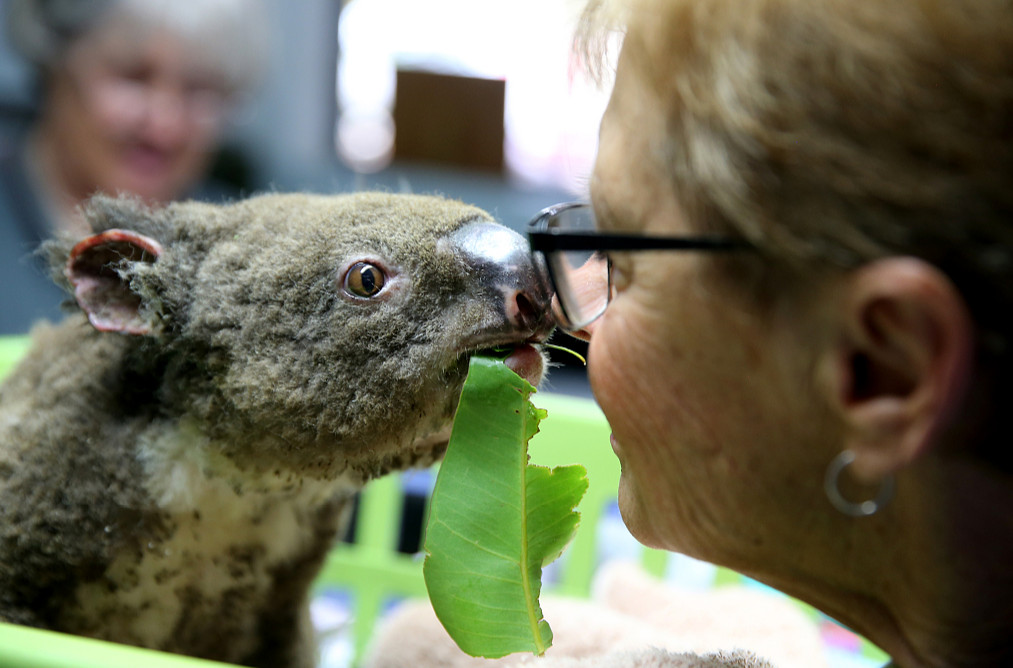 Fires can be constructive and useful for maintaining the health and robustness of many eco-systems. The Australian indigenous people have always understood this fact. For tens of thousands of years, they regularly burned the bush. This controlled burning encouraged the growth of food-bearing plants, forced many seed pods to open so those plants could regenerate, and revitalized areas of native grass, making them attractive to grazing animals like kangaroos. Sadly this traditional wisdom, while not entirely lost, was

completely under-utilized in current land-management and back-burning practices. In the current climate, there’s good reason to hope it might be resurrected. As the inevitable recrimination and soul-searching about the fires get under way, Australian National University professor Bill Gammage, an expert on

traditional Aboriginal burning, said that the use of fire could be adopted across the country and used for a variety of land management problems.

As for the recent deluge of rain, I like to think that it signifies the emotional overwhelm we’ve all been 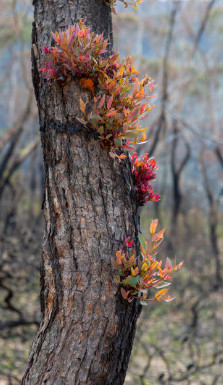 feeling these recent months. There was a huge flood of emotion, an outpouring of anger and frustration, of sadness, of loss, but also of love. There was also a flood of people showing up to help fight the fires and offering accommodation, food and so much more to those who lost their homes. Hard to believe, but an overwhelming feeling of resilience and optimism flooded communities across the country. Recently, performers from around the world performed at Fire Fight Australia – Concert for National Bushfire Relief and raised almost $10 million!

I could say so much more! But I would like to add in conclusion that water and fire together symbolize life, fertility, creativity and inspiration in cultures around the world. The images that are emerging as our burnt land bursts forth with new life are a powerful symbol of how the combination of these powerful elemental forces can rejuvenate the Australian people and our country.