Whatever happened to sex? 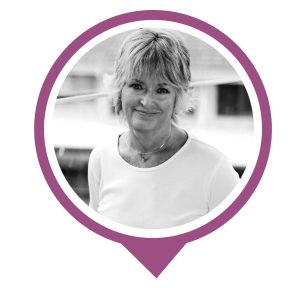 Have you and your partner settled into a lack-lustre routine that involves sex at predictable moments (moment being the operative word)? Maybe you think that’s par for the course when your relationship is no longer new, when life is jam-packed with work responsibilities, when kids are a major preoccupation and anyway, all your friends make the same complaint. Fact is, millennials are definitely having less sex than previous generations. OK, there’s nothing really wrong with comfortable, predictable sex, but sometimes you wish for the early, heady days of lust, longing and luscious, lascivious, libidinous encounters – but the thought of summoning up the energy is just too exhausting.

Well hey, join the 21st Century club of sexual dissatisfaction and disenchantment. But what are the issues plaguing couples who can only fantasize about the sex-life they no longer enjoy? Let’s unpack those issues one by one…

Top of the list of passion killers (and confirmed by the 2,000 respondents to the aforementioned BBC survey) is stress. The cascade of stress hormones, adrenaline and cortisol, are libido killers. Ironically, the antidote to this cascade of fight or flight hormones is sex. Orgasms produce oxytocin and oxytocin is the direct counter to adrenaline and cortisol. Another counter to that cascade of hormones is sound, restful sleep, yet the majority of today’s society is chronically sleep deprived.

Also high on the list of culprits – oral contraceptives and other forms of hormonal birth control. One of the greatest ironies of all time is the fact that ‘the pill’ and all its offshoots, which were meant to liberate women from the tyranny of an unwanted pregnancy, are libido inhibitors of the first order.

Hormonal imbalance, which can actually affect both sexes, is also a primary contributor to lowered libido. There are hormone disruptors all around us. Hormonal birth control tops the list, but also think skincare products, agricultural chemicals, plastics, nutritional deficits (e.g. lack of essential fatty acids), poor gut health and certain foods like sugar, chocolate and wine.

Maybe ‘Tired all the Time Syndrome’ is your problem?  The typical Western diet, top-heavy with refined carbohydrates, too many caffeine or sugar-containing drinks, topped off with regular intake of alcohol and the resulting dehydration – are major contributors to the fatigue that makes the very thought of sex just too

If you’re depressed, libido is too. Sadly, antidepressants don’t solve that particular part of your problem, with the drugs having libido-lowering effects that are quite separate from the condition. Other drugs, including beta-blockers for high blood pressure, anti-histamines, opioids for pain and interestingly, medical marijuana have the same effect.

Women’s libido is closely tied to their mood. They are unlikely to feel desire if their partner isn’t communicating, doesn’t share the work load and generally fails to respond to their emotional state.

But enough! The list is long, but knowing why you might have lost your mojo is half the battle. Now it’s time to fix things.

You might already have some ideas and in future posts I’ll give you some simple, self-help steps for putting frequent, lustful encounters back on your menu – just watch this space!