Now let’s get one thing straight before

I start: I’m not one to boast, but I usually have very hard, marathon-like erections.

Okay, there was this one time I went a bit floppy, but my date’s iPod was playing up and kept getting stuck on Britney Spears’ Baby One More Time. I don’t know if it was the relentless “baby baby” over and over again that began to fluster me or the fact my date was doing all the neck and head flicks from the film clip on top of me, but I looked down and my mate woody had left.

Like most men, I panicked and googled “can’t get it up” as soon as I could pull myself from underneath the pop-loving youth and pages and pages of sites appeared. Apparently I was not the only man to have lost the wind in his sails. Most men who suffer erection problems don’t get help because of the stigma attached and the embarrassment of asking. Erectile dysfunction is the inability of a man to achieve or maintain an erection sufficient for his sexual needs or the needs of his partner 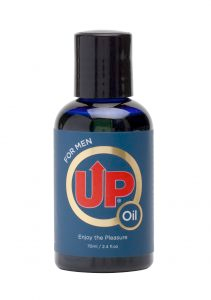 Most men experience this at some point in their lives. Frequent erectile dysfunction, however, can be emotionally crippling and cause major relationship problems, often leading to diminished self-esteem.

Some of you may have used Viagra, Levitra or Cialis recreationally or to treat a legitimate erectile concern. Viagra was the first to be developed and while initially intended to help patients with heart problems, it had the unintended effect of giving long-lasting, hard erections. These types ~ drugs function as vasodilators (drugs or chemicals that cause blood vessels to dilate), increasing blood flow to the penis. The down side is that they’re expensive and have side effects. They can cause extreme flushing of the face, headaches, nausea and erections may last longer than needed – meaning you might be slipping out and watching porn (or the home renovation channel, if that’s your thing) long after your date has passed out with exhaustion.

But is there an alternative to drugs? A couple of months back, one of my mates confided (hope he doesn’t read this) that he was sure his erections weren’t as hard as they used to be since hitting the big 4-0. Determined not to let everything sag, he had been using an all-natural alternative to Viagra appropriately called UP Oil – something he swore was helping him fly the flag better than ever.

Always up for something new I had to try it – at the very least it could be a great birthday present for all my old friends.

UP Oil is a unique formulation of ultra-purified oils, which are all natural, scientifically proven vasodilators. In a traditional Asian approach, it is applied topically instead of throwing a pill down your throat. When it is applied to your penis, UP Oil is absorbed directly through the skin, penetrating and dilating the blood vessels, allowing you to get hard.

The directions say you need to apply UP Oil daily as it has a proven cumulative effect, which means there isn’t an instant hit like with the drugs but I was definitely feeling something as I gave it all a good rub. The feeling was definitely warm and sensual!

They say no other oil of its kind delivers the erectile and skin benefits of UP and so far I’m loving it. I’ll keep you posted!

Will Fennel,   “The Grooming Guy”,  Beauty and Grooming Expert, Media Presenter and Writer