It’s a fairly reasonable assumption that almost everyone reading this article knows at least one person who’s a SLIder or is possibly even a SLIder themselves. These people appear to represent a non-discriminatory cross section of the population – they are male and female, young and old, straight and gay, black and white and live in both urban and rural areas. They can be doctors, scientists, schoolteachers, journalists, copywriters, mechanics, checkout operators, and just about any other occupation you can imagine. Obviously the next question is…. what the hell is a SLIder?

A SLIder is a person who seems to be able to cause street lights to go out just by walking or driving past them. This ability appears to be completely spontaneous and intermittent, the person in question having no apparent control over it. It also has the appearance of being quite random, without any obvious sequence of cause and effect. Sometimes the SLIder will experience it several times in the same week while other times it may not happen for an extended period. The phenomenon is known as Street Light Interference (SLI). In America it is also known as Street Lamp Interference. At this point in time, very little is understood about it although it has been over a decade since it was first identified as an actual phenomenon. 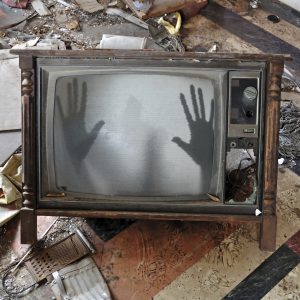 In 1993 an American scientist, Dr Hilary Evans, published what still remains the most comprehensive report on SLI, titled The SLI Effect. The 55 page report, which Dr Evans compiled in conjunction with the Association for the Scientific Study of Anomalous Phenomena, was based primarily on the anecdotal testimony of a large number of people, mostly from North America, who had reported experiences of SLI on a fairly regular basis and over a number of years. In her report, Dr Evans concluded that, while SLI should certainly be considered a real and existing phenomenon, she also pointed out that the further studies necessary to learn more about it would be very difficult to conduct as SLI isn’t something that people are able to carry out on request, as well as the fact that recreating the necessary conditions within a laboratory would present its own problems.

According to the testimonials in Dr Evans’ report, many of the people reporting SLI had assumed they were experiencing a one-of-a-kind type of phenomenon and in many cases it had taken a long time for each individual to realize that the extinguishing of certain street lights in their presence was more than coincidence or random occurrences.

One SLIder from Sydney, reports that; “I’d been noticing for years that street lights often went out whenever I was around but I had always just assumed that it was something that happened to everyone. It wasn’t until I started to mention it to other people and drew blank looks from them that I started to realize it was much much less common than I’d first thought.” Many people in Dr Evans’ study also reported that they had become very circumspect about who they told as more often than not, the response from other people was ridicule.

Although the circumstances surrounding the reports of SLI in Dr Evans’ 1993 report varied widely from each other, one factor that seemed to emerge as being a common thread was that many of the people experiencing occurrences of SLI were either thinking deeply about something or else in an emotional or agitated state at the time. Although this wasn’t enough for Dr Evans to draw any solid conclusions, it did 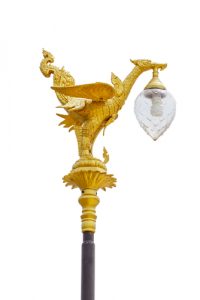 seem to indicate that SLI was somehow connected to electrical impulses produced by the brain.

While street lights appear to be most commonly affected by SLIders (hence the name), it appears that many other electrical gadgets and appliances can also be similarly affected. Many of the SLIders providing testimonials in Dr Evans’ report speak of odd experiences with CD and DVD players, television remote controls, and especially personal computers. Some SLIders even reported affecting clocks and watches in strange, unpredictable and unexplained ways. Again, as virtually all of these testimonials are anecdotal, there is precious little solid evidence to back up the phenomenon, which leaves SLI open to criticism and doubt by skeptics. Indeed, many of the SLIders themselves remained highly sceptical of the idea that a person can cause a street light to extinguish itself merely by walking or driving past it, even though this is exactly what they were experiencing personally. In our highly scientific and logical western world where the basic principles of cause and effect reign supreme, SLI seems to fly completely in the face of logic and common sense. It will only be after more extensive scientific studies into SLI have taken place that it will start to be recognized as a real phenomenon.

Next time you’re walking or driving alone down a street and a street light suddenly extinguishes as you approach it, don’t automatically dismiss it as a completely random and meaningless occurrence… perhaps you, too, are a SLIder.